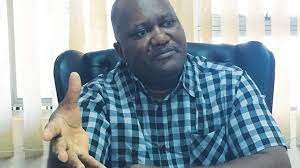 Masvingo Provincial Affairs and Devolution Minister Ezra Chadzamira has warned ‘lazy’ legislators in the province and encouraged them to focus on development in their respective constituencies than focus on cheap politicking and jostling for positions.

Chadzamira said legislators should ensure that the Constituency Development Funds (CDF) allocated to each constituency should be channeled towards development other than personal gains.

“Our focus should be on development so that by the year 2023 we would have accomplished so many things that we promised in 2018.

“The President is reviewing the implementation of the programs we promised to undertake. CDF should be used for development and projects should not become white elephants. Engage the general populace and fund social services for the benefit of the people,” said Chadzamira.

He went on to castigate those legislators who are using social media to gain political mileage and personal gains.

“Do not waste your efforts seeking political power instead focus on development.

“Shift from blackmailing each other and focus on improving the lives of people in your constituencies. Use social media to promote and consolidate the interests of the party,” urged Chadzamira.

The call by Chadzamira comes amid discontent among several party members in the province who are already campaigning for positions which has since led to some members allegedly lining up for  intra-party elections that are yet to be conducted.

“Some of our members have their line-ups for the elections from the grassroots up to Central Committee.

He also claimed that informal meetings are taking place in several districts around the province as party membership lobby for positions in the upcoming DCC elections.