I am still in the game, says ex-Zaka Central MP Chakona 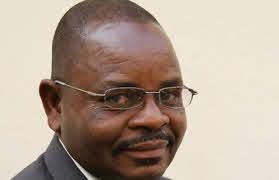 …as he guns for
the VC post in Zaka DCC

ZAKA – Former Member of
Parliament (MP) for Zaka Central Paradzai Chakona says he is still in the political
game and hopes for a comeback to the party leadership, this time as the Zaka District
Coordinating Committee (DCC) vice chairperson.

The DCC elections
are being conducted this weekend on December 05-06 across the whole country.

Chakona, who
served as acting Zanu PF Masvingo provincial chairperson at the height of
savage factional politics in 2015, scoffed at media allegations that he had
been disqualified from contesting in the DCC elections.

“I am still in
the game and was not disqualified at all. I will win this post and have a
chance to help restore sanity in the party and work to make sure that Zanu PF
and President Emmerson Mnangagwa win the 2023 election,” said Chakona.

During the Team Lacoste-G40
battles in Zanu PF, Chakona was pushed out of the post of acting provincial
chairmanship as he was perceived a strong Team Lacoste member who supported then
Vice President Mnangagwa’s bid to succeed then president and now late Robert
Mugabe.

In the current
DCC contest, Chakona says his rivals are too junior for him yet he himself is a
tried and tested leader with a lot of developmental work to his name dating
back to the period he served as MP.

“The people of
Zaka say they want me to lead again. I am very confident that I will win and
work with the party leadership to secure a win in 2023 and making sure we help achieve
Vision 2030 together,” said Chakona

Chakona is contesting
against his successor MP Davison Svuure for the right to deputise Zaka East MP and
Deputy Minister of Finance and Economic Development Clemece Chiduwa who clinched
the chairmanship post uncontested.

Other notable
individuals contesting for posts in Zaka DCC are Aleta Makomeke who wants the women’s
league chairperson post and Pepukai Chiwewe who wants to be district
information and publicity secretary.