Masvingo keeps me on my toes: Macheso 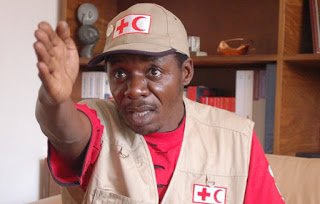 Tafadzwa Nyikadzino
Zimbabwe’s Sungura king and man of the moment Alick Macheso expressed gratitude to his music fans in Masvingo and said their unwavering support to him is the reason why he keeps working very hard to impress.
Macheso said this at his music show which was held on Friday at Ritz Gardens.
Speaking to TellZim News, the king of Sungura said Masvingo strongly stood by him during the time he was getting negative publicity for the late release of his brand new album titled Tsoka Dzerwendo.
“Everytime I came for a show the people here supported me by attending en masse. When I released this album, I made it a must that I must come to share it with my fans in Masvingo,” he said.
Macheso promised to drop brand new albums consecutively in the next coming three years and the albums will comprise songs that touch on issues affecting the daily lives of people.
The Sungura king staged a world class performance where he played hit songs on his brand new album among them Gungwa, Mude mude, Kurarama inyasha, Wandirangaridza as well as his classic hit songs like Shedia, and Sarah driving the fans into frenzy.
He also captured the emotions of the people as some could be seen wearing sad faces when he belted the track titled Baba.
“I wrote that song with my heart and emotions, that is the reason why people always catch on the emotions when I sing it” said Macheso.entertainment

He who said it can not be done must not disturb the one doing it!
Share
Facebook
Twitter
Pinterest
WhatsApp
Previous articleMadungwe blames Hwarare for interfering with ZISMWU proceedings
Next articleSocial media catapults Masvingo author