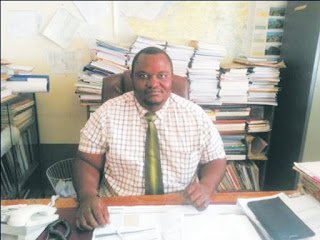 MASVINGO – The parts of a renal unit that went missing from Masvingo Provincial Hospital over the last festive holidays has been found, TellZim News can reveal.
The equipment was ‘miraculously’ found in the stores department by an employee from the Human Resources department.
The equipment was sourced under the Zim – Chinese Project but its critical components; the float switch and the Ultra-Violet light were stripped off by thieves that are yet to be identified but are suspected to be a syndicate operating from within the hospital.
Though the Provincial Medical Director (PMD) Amadeus Shamu could not be reached for comment by the time of going to print, TellZim News learnt that the equipment was found by Mthulisi Masaire, who is helping the police with investigations.
“The issue you are asking me is correct but it is unfortunate that I do not have the capacity to comment on such cases,” said Masaire and referred all questions to Dr Shamu.
A close source also told TellZim News that everybody was puzzled by the manner in which the parts were found.
“Everyone is surprised how the equipment re-appeared in a stores room that was thoroughly searched when the equipment was reported missing,” the source said.health
Share
Facebook
Twitter
Pinterest
WhatsApp
Previous articleBancABC empowers Masvingo schools
Next articleBikita girl survives mermaid attack