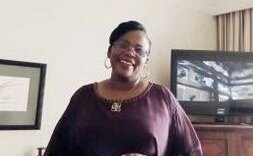 This was raised during a public hearing of the Sexual Harrassment Bill which was jointly presided over by the Parliamentary Portifolio Committee on Public Service Labor and Social Welfare together with the Women Affairs, Gender Community, Small and Medium Enterprise Development held at Rutenga Growth Point Council Hall.

Making contributions, participants told the committee that they need to establish effective institutions right at grassroots levels so that various underreported cases of sexual harassment will be addressed.

“Cases of sexual harassment are very common at work places and deep in communities. What is needed is to establish strong institutions at district and ward level which will be manned by appropriate consultants.

“Here in Mwenezi District there is no female councilor and male councilors who were elected during the last elections are the ones who are carrying and discussing women’s concerns to the local authority,” said a female participant.

Gracious Gumbo, a participant from Ward 18 said female perpetrators of sexual harassment, which sometimes come veiled as adultery also need to be brought to book as much as men are.

“Cases of adultery are becoming prevalent in communities, with men only being found guilty especially at traditional courts hearings. Women also need to be held accountable for the part they play,” Gracious Gumbo from Ward 14 said.

Some participants strongly condemned the increase in cases where rich perpetrators of sexual harassment end up slipping away from the justice system after hiring top-notch lawyers which they said reflected government’s failure to craft laws that makes it mandatory for all poor victims of sexual harassment to have free legal representation.

The public consultation was chaired by Mutasa North Legislator Chido Madiwa who is also the Chairperson of the Committee of Women Affairs, Gender Community, Small and Medium Enterprise Development.