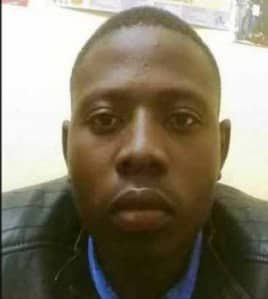 The
installation ceremony was held at Fafi Primary School in Zhombe, Kwekwe
district.

Dube-Nduku
(21) was nominated headman to replace his uncle John Dube-Nduku who acted as headman
for over 15 years after the demise of former headman Mike Dube-Nduku in 2004.

The Nduku
clan uses the linear
principle of succession in putting a legitimate heir to take over
the throne, meaning Dube-Nduku’s uncle was supposed to act for two years
as per the Traditional Leadership Act.

However,
acrimony in the royal family saw the acting headman holding the post for that
long after reportedly convincing government authorities and Chief Malisa’s
council that the rightful hear was dead, and he was therefore the only more
suitable candidate left.

Family sources also said the acting head also tried to distort the
history of the family tree by telling Chief Malisa and the DDA that all the
children of former headman passed on.

Addressing
members of the community at the installation ceremony, a family member said the
traditional leader’s family tree was always significant in
putting a legitimate heir.

“A headman
is appointed in accordance with Section 9 of the Traditional Leadership Act which
also makes provision for the appointment of headmen by the Minister of Local Governance from a
list of persons nominated by the chief of the relevant area,” he said.