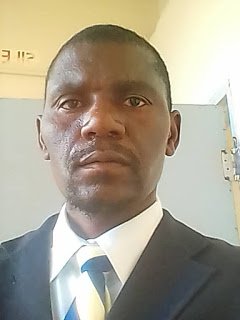 Question: Examine the
role of the chiefs in African traditional religion

by Mhuri Muneni
Governance in African traditional Shona includes both the
living and the dead .The Ancestors and their entirety are very much involved in
politics. Africans believe that traditional leaders specifically chiefs lead
people on behalf of the ancestors. Chiefs also play a pivotal role in upholding
peace harmony and tranquility. This essay seeks to examine the responsibilities
of chiefs in their communities.
It is the responsibility of the chiefs to allocate land to
the rightful inhabitants; Land in African traditional religion is believed to
be scared since it belongs to the ancestors. The chiefs therefore allocate land
on behalf of the ancestors. This means that chiefs protect the land rights of
their subjects. Land grabbing is a very serious issue that does not only offend
the physical beings but rather the spiritual beings.
More so, chiefs are the custodians of culture. Okot P’btek
postulates that in Africa, an uncultured person is like a headless chicken
which runs without direction. It is along such philosophies that chiefs strive
to maintain cultural values in their communities. Africans are peace loving
people who value morality. They share a common culture as guided by the laws
and regulations set by the chiefs. In support of cultural preservation, African
communities are governed by a set of taboos. It is the role of the chiefs to
uphold cultural identity .In order to retain cultural identity the chiefs keep
a watchful eye on who is to marry who. A good example can be found in the Nguni
and Sotho-Tswana communities. Levels for such inter-ethnic marriages were kept
as low as possible. The chiefs themselves married from within Nguni
communities. They were certain clans that were preferred such as the Mafus from
the Ndwandwes. The chief himself set the pace when it comes to marriage rules
that sought to protect Nguni cultural identity. Rules of succession to the
office of chief were so calculated that only sons born of Nguni women were
eligible to succeed.
For a community to operate meaningfully and successfully,
there were rules that are crafted in line with critical values, objectives,
principles and worldview. Where rules are being flouted, in the process posing
a threat to the social cohesion of the community, there must be judicial
processes and officials that act as arbitrators. Chiefs play the role of judges
during the time of conflict. The aim is to restore good relations among the
people in the community. Their work never sought retribution but rather
restoration. Africans are a group-based people to whom cordial and cooperative
relations are paramount.
Chiefs’ judicial powers were clearly defined. Even high
treason cases were resolved by the chiefs, so did judgment in cases of
witchcraft. There were cases that were dealt with at family level by the family
head. Cases beyond the family level are referred to the chief who held open
trials in the public. Women, unless standing trial or coming to give evidence,
did not attend court proceedings. When they did, they were not allowed to stand
in front of men; rather they spoke while kneeling. From the above discussion it
is apparently clear that the chiefs had the duty to promote social justice.
In addition to the above, chiefs in African traditional
religion have the duty to help in the conservation of the environment. African
religion is an environment friendly religion whose legislative tools are
vibrant enough to protect the wildlife and vegetation. There are rules governing
the killing of animals and cutting down of trees. It is the duty of chiefs to
protect the national heritage.
Another important role of chiefs in African traditional
religion was to lead in wars. Traditionally, chiefs had the duty to ensure
security to their subjects by having a strong army. They assumed the roles of
the army commanders during the war as posited by Lewis.
Chiefs have the mandate to lead in traditional ceremonies,
the rainmaking ceremony, and other cleansing rituals of the community. Africans
have the belief that mishaps are due to spiritual anger so the chiefs as leader
have the duty to communicate with the ancestors whenever the need arise. During
times of drought and other catastrophic situations it is also the chief who
should come up with solutions to save his people. This is clear that the chief
has the duty to solve economic, social, political and religious woes of his
subjects.
The author is a teacher at Errymaple High school Zvishavane. He holds a
Bachelor of Arts Degree in Philosophy and Religious, Post Graduate Diploma in
Education.
Share
Facebook
Twitter
Pinterest
WhatsApp
Previous article210 graduate with distinctions at Masvingo Teachers’ College
Next articlePrisoner demands anal sex in exchange for food