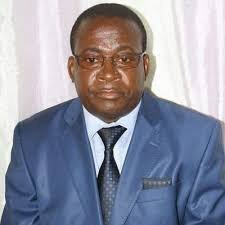 Kudakwashe
Bhasikiti, a man whom history remembers for often being in the wrong political basket,
has this time around jumped from the Nelson Chamisa-led MDC Alliance, saying he
could no longer belong to a ‘non-existent’ party.

He said
he has been at pains to explain to Chamisa that they should rebrand because the
MDC Alliance they keep clinging to belongs to Mwonzora and his plea fell on
stubborn heads.

“The
Supreme Court ruling changed everything and reverted MDC-T back to its 2014
structures. That meant Thokozani Khupe was now the acting president pending and
extra ordinary congress.

“The
congress was held and this meant that the MDC Alliance now belonged to Mwonzora
and not Chamisa. We formed MDC Alliance coming from Zimbabwe People First
(ZimPF) and we recognized our leader as Chamisa but the tables have turned now
since the party now belongs to Mwonzora.

“I have
been clashing with other members that we should rebrand but they were too
stubborn to listen. Even vice president Welshman Ncube shared the same view but
nobody cared to listen which is why I am distancing myself from the MDC
Alliance,” said Bhasikiti.

He said
Chamisa cannot continue believing in a fantasy of him being the president of a
party which belongs to another leader.

“I do
not support Mwonzora and I cannot again support Chamisa who does not want to
leave Mwonzora’s party. If Chamisa were to form another political party then I would
support him. He will always have my support if he decides to rebrand.

“As it
stands right now, Chamisa is just but a faction within Mwonzora’s party,” said
Bhasikiti.

The former
Zanu PF legislator for Mwenezi East and Masvingo provincial affairs minister
was kicked out of the ruling party in 2014 along with former Vice President
Joyce Mujuru when their Gamatox faction was defeated by the Weevils.

The
move by Bhasikiti proved a bitter pill to swallow for the MDC Alliance in
Masvingo who took a dig at him saying he was just an attention seeker.