Gutu arsonist to appear in court 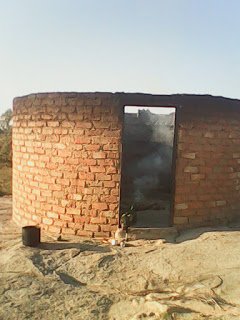 Kennedy Murwira
Andrew Muchena who burnt several huts in Makanda Village near Mpandawana in a fit of rage after discovering that his wife had eloped with another man, will appear in court on 14 July to answer to arson charges.
Muchena attacked his wife with an axe before torching the homes of villagers whom he suspected of aiding his wife’s infidelity.
Muchena had been absent from his home in the Makonde area in Gutu district for more than seven years and he was believed to have fled to South Africa to evade stock theft charges that he was facing back home.
Other sources, however, say Muchena never left Zimbabwe but had been in hiding before surfacing at Mubayiwa homestead in Makanda Village where his wife was now staying with his uncle as husband and wife.
The two had already sired two children and were expecting the third.
This infuriated Muchena who allegedly went on an arson spree; burning down huts at the Mubayiwa homestead before villagers held a meeting to decide how to deal with the case.
Muchena came back again and burnt down houses belonging to Thomas Makanda, Anna Runzonza Chirumhanzu, Letwin Mandove and Brighton Chikede.
Most of the villagers whose homes were razed lost all their belongings.
Muchena later fled from the area after villagers launched a manhunt for him with the intention of handing him over to the police.
He was later arrested at his rural home in Makonde but has since been acquitted of the stock theft charges.
Muchena will make his way to court from prison where he is currently serving three months for grievously harming his wife in the axe attack.
Gutu Resident Magistrate, Edwin Marecha had ordered that Muchena pay US$200 failure of which would mean three months in prison.news