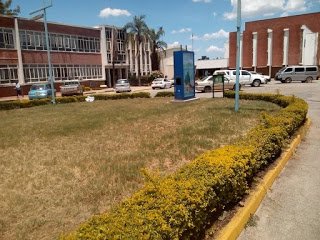 Heads are expected to roll at Masvingo City Council following the implication of top council management in a corruption scam in the recently released 2019 report by Auditor General Mildred Chiri.

Council is accused of failing to make amendments which led to fraud losses, lack of control over fuel withdrawals, failure to deposit parking charges in South African Rand as well as spilling sewage into rivers and streams leading to Lake Mutirikwi.

“We are extremely angered by this high level of corruption at council whereby we are duped of our hard earned currency by corrupt officials.

“As rate payers we demand a full explanation in the next seven days on the situation at council. We need to know the stages at which the so-called investigations are at, what will happen to who and when,” said Mutimba.

“We demand transparency, accountability and urge council to ensure they respect us as residents by ensuring that they properly use our hard-earned cash towards a proper service delivery system,” added Mutimba.

Contacted for comment, Masvingo Mayor Councillor Collen Maboke could not shed more light on the charges against council claiming that some of the issues happened when his council was not yet elected.

“Most of these issues, we don’t know much about them. Our council came into office in 2018 and our committee came into effect after September 2018,” said Maboke.

He however said the issue of fraud involving fuel withdrawals has already been dealt with and is now at the Magistrates court with the individual behind failure to bank parking charges in rand under investigation.

“Those involved in the fuel scam were identified and dismissed from council though they have since appealed and the case is now at the criminal court at Masvingo Magistrate court.

“On the issue of failure to bank the parking charges, we have identified the person suspected to be involved and the case is still under investigation,” added Maboke.

Masvingo council has of late been experiencing a host of challenges hindering effective proper service delivery which has resulted in poor waste management, failure to maintain public toilet facilities as well as refuse collection.