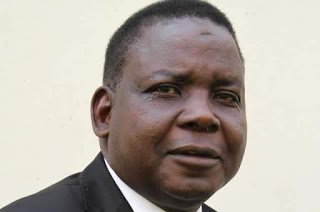 … as new bill is set to go before parliament
Upenyu  Chaota

Brighter days could be looming ahead for small scale miners whose plight to operate formally and legally could come to a reality this Tuesday when the Mines and Mineral amendment bill will be put before the parliament for debate to be law.
If this bill is passed, it will be able to repeal the current 1963 bill which criminalises small scale mining.
Addressing different stakeholders a National dialogue on sugarcane cutters, farm workers and artisanal miners hosted by the Zimbabwe Human Rights Organisation (ZimRights) at a local hotel recently, Mines and Mining Development deputy minister Fred Moyo said they are going to present the bill before parliament so that it can be debated to be law.
“This Tuesday, we are going to present the Mines and Mineral amendment bill to parliament and hopefully it will be passed into law so that we can do away with the 1963 one which we are currently operating under.
“The President (Robert Mugabe) told us to decriminalise or formalise artisanal mining with immediate effect so we decided to look into the matter because the current law criminalises artisanal mining,” Moyo said.
Moyo also vowed to deal with the irregularities which arises from the registration and acquiring of mineral claims.

Fred Moyo
“We know there are instances where people falsify documents guaranteeing that they are the owners of the mineral claims found by the others. We want to create a computerised system so that no double allocations will occur,” he added.
Moyo said that small scale miners need to be engaged so that they can carry out their activities without doing harm to themselves and the environment.
He added that they are going to decentralise the school of mines to provinces so that small scale miners will get all the knowledge they require to safely exploit minerals.business
Share
Facebook
Twitter
Pinterest
WhatsApp
Previous articleVendors hospitalised after clashing with municipal police
Next articleVarsities don’t understand ZimAsset – Minister