It’s not time to celebrate yet- Mureyi 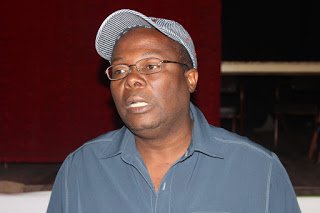 Upenyu Chaota
The opposition MDC-T national executive member, Takanayi Mureyi, who is also shadow Minister of Commerce, Industry, Trade, Small and Medium Enterprises has bemoaned the state of the economy saying the time to celebrate shall come but for now people have to push for reforms in Zimbabwe.
Delivering a speech at the belated World Press Freedom Day celebrations last Saturday, Mureyi said there is nothing for the people of Zimbabwe to celebrate since the economy is on fire.
“Zimbabweans deserve a better life than what the government is giving them. How can we celebrate when we face such hardships, there are queues everywhere with people struggling to get their hard-earned money.
“Everyone has become a vendor and there is no sign of economic recovery in sight. Right now they have decided to introduce bond notes. In their ignorance, they hope that it will help fight the cash crisis the country is experiencing but it will do more harm than good.
“The nation is in a state of mourning over the loss of jobs, lost income and lost relatives who have gone to the diaspora in search of better lives,” said Mureyi.
He slammed the government for enacting oppressive laws that stifle the free flow of information.
“Journalism in this country is a crime. Laws like Access to Information and Protection of Privacy Act (AIPPA) and the Public Order and Security Act (POSA) victimise journalists for merely doing their job. These laws are unconstitutional and they should be repealed as of yesterday.
“Journalists should take action because asking for your rights will not work with this government. Stand up and grab your rights. It is completely unwarranted to torture journalists for making a mistake while doing their jobs.
“Mistakes are made because to err is human but for the government to use an iron fist against such is uncalled for,” Mureyi said.
He said the journalists have nothing to celebrate since most of them are living in poverty and squalid conditions.news