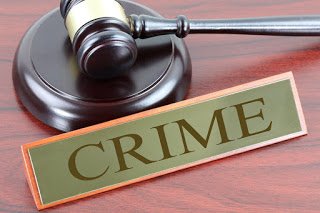 Kwekwe-Police in Mbizo have launched a manhunt for suspects believed to have committed an attempted murder crime after they assaulted a fellow patron over refusal to buy beer.
The incident occurred at Phiri Night Club at Mbizo 4 Shopping Centre after two men were attacked with sharp objects by four unknown suspects.
On June 13, 2022 around 0200 hours, it is said that the two complainants Reason Ncube (30) of Mbizo 4 Kwekwe and Richard Hwinya (24) of Mbizo, were drinking beer at Phiri nightclub, when they were approached by four unknown suspects asking them to buy beer.
The complainants ignored them sensing danger left the place and the suspects followed them.
It is alleged that victims fled in different directions.
Two suspects gave chase and caught up with Ncube and one of the suspects armed himself with a knife and struck him on the neck and abdomen and he sustained a deep cut on the neck and protruding intestines on the abdomen.
Two other suspects chased Hwinya and struck the complainant on the forehead with a beer bottle and he sustained serious head injuries.
After committing the offence the suspects ran away.
The matter was reported at ZRP Mbizo and the scene was attended before complainants were taken to Kwekwe General Hospital for treatment where they are admitted.
Midlands police spokesperson Inspector Emmanuel Mahoko is appealing to members of the public who might have information that may lead to the arrest of the suspects.
“We are appealing to members of the public with information to make reports at any police station or make use of our suggestion boxes nearer to them.
“Use of violence constitutes an offence and leads to unnecessary loss of lives. They should also respect sanctity of life; these incidents could be avoided,” Mahoko said.