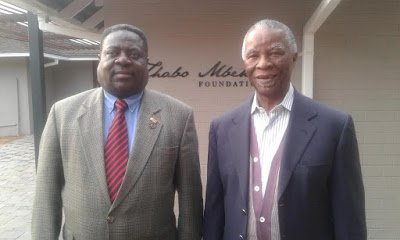 MASVINGO – Senior military officer with the Zimbabwe National Army (ZNA) Major General Engelbert Rugeje yesterday, September 7, graduated with a Doctor of Philosophy (PhD) degree in the Postgraduate Programme in Ethics, School of Religion, Philosophy and Classics, with the University of KwaZulu-Natal, Pietermaritzburg, South Africa.
His research topic was ‘Recurring Conflict in the eastern Democratic Republic of Congo: the Search for a Regional Conflict Transformation Mechanism premised on Collective Security and the African Ethical Concept of Ubuntu’ wherein he explores the complex variables behind the perennial conflicts in the vast country.
In his theses, Maj Gen Rugeje argues that that the main contributory factors to the recurrence of conflict in eastern DRC are, among many others, lack of effective governance structures leading to rights violations, perceived policies of exclusion and marginalisation, unfair distribution of  national wealthy, injustice and lack of good governance and democracy.
He also gives a stinging critique of the role of the United nations (UN) in efforts to resolve the crisis, arguing that through its security council, the world body ‘has monopolised the whole process of conflict resolution in the eastern DRC to the exclusion of regional organisations and this has been one of the contributory factors to the recurrence.’
Among many other things, Maj Gen Rugeje recommends Ubuntu-inspired, inclusive peace building steps that take into cognisance the largely disparate ethnic groups that Belgian colonialism cajoled together into a virtually unviable nation state.
He also asserts that SADC should not be sidelined in conflict resolution mechanisms, but should rather be empowered materially or otherwise so that the regional grouping can take a leading role in efforts to build peace in areas under its jurisdiction.
Maj Gen Rugeje, who hails from Bikita district and is the most senior military officer from Masvingo province, follows in the footsteps of his boss, ZNA commander; General Constantino Chiwenga who completed his PhD with the same institution earlier on.
From next week, TellZim News will begin serialising Maj Gen Rugeje’s theses.education
Share
Facebook
Twitter
Pinterest
WhatsApp
Previous articleGZU moves in to supply Masvingo with eggs
Next articleTinashe Bepete sings his way to National Geographic