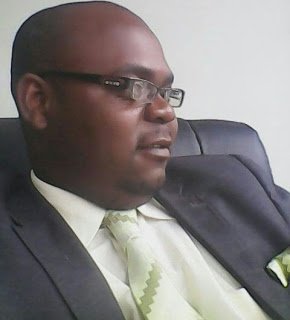 The president of the Zimbabwe African People’s Union  (ZAPU) Dumiso Dabengwa has been hit by hard times as most of his top officials have decided to dump the veteran politician to rejoin Zanu PF, Tell Zimbabwe can reveal.
In a ten paged letter dated 15 July 2014, written by former national youth chairperson Tichaona Revai Sithole addressed to Dabengwa, the disgruntled members said the party was more popular for suspending and firing party cadres than it recruits.
” Why is it all people who are active and running for the course of the party are victimized and blackmailed from within? Our Party expels members more than it recruits,” reads part of the letter.
Sithole accused Dabengwa of lack of vision and dictatorship. He said members who were leaving  ZAPU felt used and abused by Dabengwa. He however, said that he had no option besides going back to his traditional home – Zanu PF. Sithole further advised Dabengwa to swallow his pride and plead for readmission into Zanu PF.

He penned the letter … Tichaona Sithole

” You and I should go and humble ourselves to ZANU PF. You to the President R.G. Mugabe and I to my province for our readmission to the party we belong since I was born and you since 1987 22 December,” said Sithole.
According to the letter, some of the top officials who left ZAPU include McDonald Muswere, Themba Dlodlo, Cyriel Ndebele, a Mr Joli, Canswell Nziramasanga, Effort Nkomo, Mehluli Moyo, Tryphine Nhiziyo and Elder Dauramanzi among others. Tell Zimbabwe is reliably informed that Dabengwa was given the letter yesterday.
This has come at a time when the former Prime Minister Morgan Tsvangirai of the Movement for Democratic Change (MDC-T) is  also battling to contain rebels within his political party.Politics