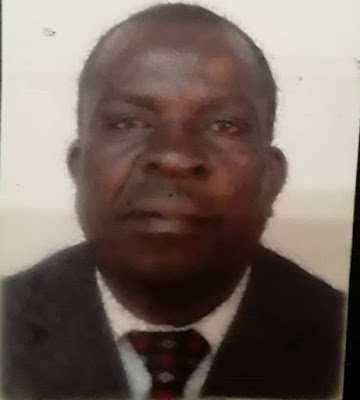 A close relative who confirmed
his demise said Mutonono had been unwell for quite a long time but his
condition deteriorated recently leading to his death today, June 23.

He is said to have died
at his home in the high density suburb of Mucheke F in Masvingo city.

“We are saddened by the
loss. He was a hard and dedicated worker who has now left poorer as a province.
The void he left will be difficult to properly fill,” said Chitiga.

Burial arrangements
were yet to be announced by the time of writing but it was hinted that he could
be buried at his rural home in Chiponda village, Renco Mine.

Mutonono was once
stationed at Zaka district education offices as district literacy coordinator
before he was transferred to the provincial office in Masvingo city.

A devoted Zanu PF
member, Mutonono contested in the party’s Masvingo South constituency primary
elections in 2018 but lost to Claudius Maronge who went on to win the
parliamentary seat in the July 30, 2018 harmonised elections.

During his time in Zaka,
Mutonono was in Zanu PF district leadership which campaigned vigorously for
then President Robert Mugabe in the run-up to the 2008 presidential election
run-off during which some opposition members were killed and maimed.