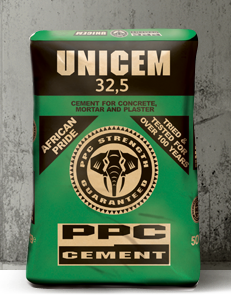 The cement manufacturing plant slated for the Charumbira area south-east of Masvingo is still just but a plan with no guaranteed chance of success just like similar projects that have proposed in the past, it has been learnt.
This comes amid indications that although a prospective investor has been found, requisite feasibility studies for the project have not yet been carried out.
Numerous other plans for cement manufacturing plans have come to naught in the past despite the discovery of vast marble and limestone deposits in the vicinity of Masvingo.
Masvingo Rural District Council (MRDC) has also not yet found alternative land to relocate an estimated 600 families who would be affected should the project be successfully implemented.
State media reported at the beginning of this month that land would be found to resettle the families and that the project after a Chinese investor had shown interest.
MRDC chairperson, Peter Marambira, however, said feasibility studies are yet to be done before the project could be given the green light.
“As council we have simply made a resolution to the effect that we would like to see the project succeed but a lot of work still needs to be done,” said Marambira.
“Requisite studies have to be conducted first to determine the feasibility of the project before the mine is given the go-ahead to operate,” added Marambira.
If successfully implemented the project is expected significantly drive down the retail price of cement in Masvingo and improve the infrastructure in the surrounding communities.

Minister of State for Masvingo Provincial Affairs, Shuvai Mahofa could not shed any light on the issue.
“I don’t have the details with me yet. The details are known by the concerned company,” said Mahofa.
In the early 90s, government’s plans to enter into partnerships with private investors to set-up a cement factory yielded nothing.
Another recent proposal by an investor to construct a cement plant in the city failed to materialize after guarantees of efficient water supplies could not be established.business
Share
Facebook
Twitter
Pinterest
WhatsApp
Previous articleVashandi Housing gets international recognition
Next articleMasvingo to borrow US$1, 7 million for trunk sewer