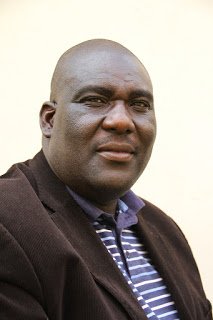 Vashandi Housing Cooperative, one of the country’s largest housing cooperatives by membership, has reached as a milestone after a high-powered delegation from the International Cooperatives Alliance (ICA) toured its houses and gave a thumps up to the work done so far.
The cooperative, which boasts of a membership of close to 1000 previously desperate home seekers, prides itself in having managed to allocate each and every member a residential stand which some of them were then helped to develop through a special loan facility.
Capping its conference held in Harare last week, the ICA found time to appreciate the work being done by the cooperative in Victoria Range.
Speaking on the sidelines of the event, ICA President Stanly Muchiri who hails from Kenya praised Vashandi, as the cooperative is popularly known, for putting into practice the real concept of cooperatives.
“I am pleased to witness the excellent job being done by Vashandi. What we are seeing here is an impressive example of how cooperatives should work,” said Muchiri.
He also spoke glowingly about the hard work of cooperative members and their efforts to shelter themselves.
“I have seen that people here are willing to take the future into their own hands and have a roof over their heard, that’s what we encourage African people to do,” he said.

Ephraim Gwanongodza
National Cooperatives Confederation of Rwanda (NCCR) Chairman, Augustin Katabarwa said Cooperatives from the continent should take a cue from Vashandi.
“This is a perfect model of a cooperative that I will encourage people from my country to come and take some notes,” said Katabarwa.
Vashandi Chairman, Ephraim Gwanongodza said he was humbled by the gesture shown by ICA.
“This is a humbling experience for us as a cooperative. We value the recognition that has been given to us by all our esteemed local and foreign visitors,” said Gwanongodza.
The event was also attended by ICA board member for Southern Africa, Mike Duru and other dignitaries from such countries as Uganda, Botswana and Lesotho.
Dignitaries also paid a courtesy call on the Provincial Affairs Minister Shuvai Mahofa who encouraged Africans to take control of their destiny and improve their lives through cooperatives.local
Share
Facebook
Twitter
Pinterest
WhatsApp
Previous articleEleven PM: New Teen Series from Masvingo [Trailer Video]
Next articleMasvingo giant cement project in limbo