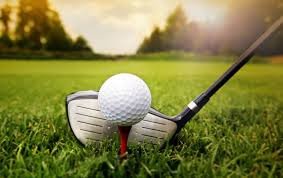 A fundraising tournament towards the Zimbabwe National Army (ZNA) Commander’s annual golf tournament was successfully held at Masvingo Sports Club last Sunday where it was revealed that up to 10 people will be send to take part in the main tournament to be held in Nyanga.
The tournament is held yearly as part of the ZNA’s social interaction programmes as well as to raise funds for charity work.
Chairperson of the Masvingo chapter, Lovemore Mandima said all proceeds generated at the fundraising event will be channeled to the main tournament.

“We are pleased to take part in this noble initiative that is part of a myriad other ZNA initiatives for social interaction with civilian communities. This fundraising tournament was part of other run up events being held across the country towards the main event in Troutbeck,” said Mandima.
The fundraising tournament, which saw young golfer Joseph Zawaira walking off with the first prize, was preceded by a fun shoot competition at Mushandike Gallery Range a week ago.
Zawaira, who plays off 14 Handicap, finished with an impressive 40 points, warding off a close challenge from Pascal Mudzikisi who, by the last tee, had amassed 39 points while the reigning club champion Cephas Ngwenya was a distant away with 32 points.
Masvingo Golf Club Captain Cassian Mutsambiwa praised the efficient way in which the event was organised.
“We would like to thank the organisers for a successful tournament. We hope it will grow even bigger in the future as more players continue to realize the significance of this tournament,” said Mutsambiwa.
While last year’s leg of the main tournament was held in the resort town of Victoria Falls, this year’s event will be held from 10-13 September in the plush Troutbeck Golf Estate in Nyanga.sport
Share
Facebook
Twitter
Pinterest
WhatsApp
Previous articleHIT student releases android application
Next articleChief Neshuro applauds WFP’s PAC Programme