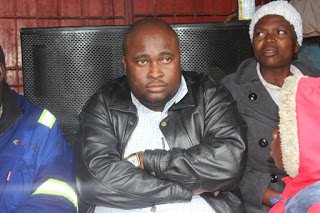 Cllr Mukungunugwa
TellZim Reporter
CHIVI – Newly-elected Zanu PF Chivi Rural District Council (RDC) Ward 6 councillor, Godfrey Huruva Mukungunugwa beat two other contestants to land the position of new council chairperson in a vote held on Tuesday last week.
Mukungunugwa got 22 votes against Ward 4 councillor David Maridza’s eight votes and Ward seven councillor Taurai Masvinu’s two votes. All the 32 councillors in the district are from the ruling party.
Mukungunugwa succeeds Killer Zivhu who is now the new Chivi South Member of Parliament (MP). He is being be deputised by Ward 11 councillor Walter Nyambi.
Speaking to TellZim News, Mukungunugwa thanked his colleagues for entrusting him with the position, saying it was now his challenge to lead efforts for improved living conditions in Chivi.
“I have been given a responsibility and I promise to work hard for the people of Chivi. This is a dry district so I will work to improve access to clean water. We need more boreholes in communities so that our people will no longer have to walk long distances to get water.
“The council also needs to do more with regards to dam construction in order to support new irrigation projects. The people of Chivi need to be given an opportunity to have food security by growing their own crops throughout the year,” he said.
Other projects that Mukungunugwa promised to prioritise include road improvements so that people do not struggle to get to school and clinics.
“If we improve our road network, we will also be in a position to attract and retain such skilled manpower as teachers and nurses in the district,” said Mukungunugwa.politics
Share
Facebook
Twitter
Pinterest
WhatsApp
Previous articleMDC Alliance ‘sell-out’ councillors humiliated
Next articleInfighting costs Zanu PF Chiredzi town chairmanship