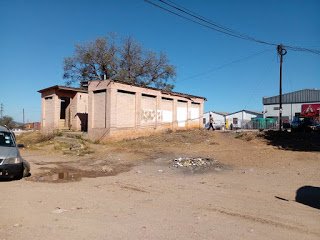 Citizens in Masvingo central business district (CBD) are living in constant fear of a serious disease outbreak as they say the public toilets they are using are a ‘ticking health bomb’, TellZim News can report.

The issue of public toilets in the town center has become topical with residents saying they face challenges when they want to relieve themselves while in town.

Masvingo Director of Health department, Ngonidzaishe Mapamula defended the City Fathers saying council has a worker dedicated to clean the toilets and blamed the residents for the bad state of these toilets.

“The policy is that these toilets should be cleaned daily as soon as they get dirty. We have a worker who is assigned to clean all these toilets during normal working hours. The other two toilets were renovated so that they could have a proper flashing system but people vandalized them. We are going to increase supervision on these toilets,” said Mapamula.

Matilda Kamanga, a senior coordinator at Leopold Takawira Flea Market near the Civic Centre said the state of the toilet at that market has become so bad as they are rarely clean.

“City of Masvingo seems to be reluctant on cleaning these toilets, which they should clean at least three times a day. I’m willing to sponsor them with toilet detergents if they can’t afford them,” said Kamanda.

A resident who spoke to Tellzim News said the situation of CBD public toilets is unbearable as human feces drip out of the pit toilet flowing all over the toilet floor.

“The situation is unacceptable, human waste is all over the toilets leading people to relieve themselves at undesignated points. This will taint the image of our town,” said the resident.

The council is accused of professing ignorance every time reports concerning the state of the toilets are made.

Masvingo city council only has three public toilets in the CBD, one at the Civic Centre and the other two at the downtown bus terminus in Bradburn Street.

Recently in a full council meeting, Masvingo Mayor Collen Maboke told council that open defecation at undesignated bus termini around the CBD has become a ticking health bomb, which resulted in a council resolution to move buses back to Mucheke Rank.