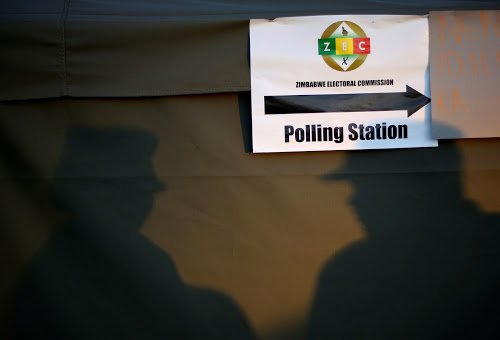 Residents associations body under the banner of Residents Coalition for Electoral Reforms have tasked the Zimbabwe Electoral Commission (ZEC) to publish areas with vacancies and date for by-elections in the press while at the same time urging residents to register to vote.

Speaking during a press conference, the associations’ representative Marvelous Khumalo said ZEC must fulfill its constitutional mandate of proclaiming and conducting by-elections.

“ZEC must maintain its independency and fulfill its mandate by immediately proclaiming and conducting by-elections as provided for in section 239 of the Constitution and terms of electoral acts section 121 (2) by publishing areas with vacancies and dates for elections in the newspapers,” said Khumalo.

The Zimbabwean constitution (Section 239) state that, ZEC should receive and consider complaints from the public.

“ZEC has the following functions; to register voters, compile voters’ rolls and registers, receive and consider complaints from the public and take such action regarding the complaints it considers appropriate,” reads part of section 239 of the Constitution.

Residents’ representatives also voiced that the President has no mandate in fixing and announcing dates for by-elections in the country.

“We assert our position and bring clarity to all residents that the President has no mandate in fixing the date or proclaiming and holding of by-elections as peddled in some sections of the media,” Khumalo said.

The coalition also told political leaders and government officials that, suffocating the will of people to choose their desired representatives has serious implications on the legitimacy of governmental authorities.

“We warn political leaders and those elected representatives that only citizens have the right to elect their representatives and any arrangement outside this framework is unlawful and unconstitutional.

“Suppressing and suffocating the will of people to elect their representatives both at Parliament and local government levels has serious implications on the legitimacy of governmental authorities,” he added.

He also encouraged residents in areas without elected representatives to register to vote so that they can democratically elect a representative of their choices.

“We encourage residents in areas without elected representatives to go and register to vote, be prepared to participate in the by-elections,” he said.

Masvingo urban has four vacant local government posts, among the four unoccupied posts include ward 3 whose councillor, Tarusenga Vhembo is said to have been mistakenly fired by Douglas Mwonzora in 2020.

In the Province Mwenezi East and Chivi South, constituencies have had no representatives following the death of Zanu PF’s Joosbi Omar in 2020 and the recalling of Killer Zivhu by Zanu PF.

Section 159 of the Zimbabwean constitution provides for the holding of by-elections whenever a vacancy occurs in any elective public office within ninety days.

The residents association’s alliance also tasked the government to revoke Statutory Instrument 225A of 2020 which suspended by-elections to allow holding of by-elections, and warned government to desist from using COVID-19 restrictions as a strategy to suppress civil and political rights provided in both domestic and international law.

List of members under Residents Coalition for Electoral Reforms banner