US$3 million set for HIV survey 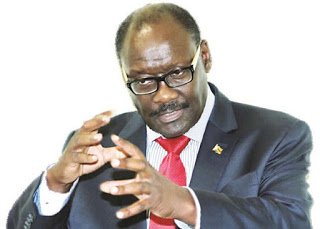 Three million United States dollars have been set aside for the Zimbabwe Population-based HIV Impact Assessment (ZIMPHIA) which will see 15 000 households countrywide receiving free doo-to-door HIV and syphillis testing.
The survey,which is a first of its kind in the world will be rolled out in early October, also has nine organisations partnering with the Ministry of Health and Child Care to undertake it.
Speaking at ZIMPHIA official launch at Celebration Centre in Harare recently, Minister of Health and Child Care Dr David Parirenyatwa said the US government under President’s Emergency Plan for AIDS Relief (PEPFAR) and Global Fund against AIDS,TB and Malaria provided significant funding for the survey.

Dr Parirenyatwa
“Zimbabwe like many other countries in the region is a resource constrained country but works closely with its donors and partners. Undertaking ZIMPHIA is a major task that requires huge sums of money and I would like to thank the US government for providing significant funding for this project under PEPFAR and also the Global Fund against AIDS,TB and Malaria,” Parirenyatwa said.
Parirenyatwa said ZIMPHIA’s results will give policy makers a platform to understand the impact of HIV at population level, and will give participants to know their HIV status.
“My ministry is very excited about ZIMPHIA as its results will offer us a platform as policy makers to better understand the relative impact of HIV at population level and additionally provides participants with an opportunity to know their HIV status,” Parirenyatwa said.
“I am happy that ZIMPHIA has been designed to make meaningful contribution to specific results in the ZIMASSET, which is our national blueprint for socio-economic development,” the minister said.
PEPFAR has provided substantial resources to the survey, the U.S Deputy Chief of Mission to Zimbabwe Robert Scott said through PEPFAR, the implementation of HIV activities in Zimbabwe will continue receiving his country’s support.
“Through PEPFAR, we are committed to continuing our support, towards the implementation of HIV and Aids activities in Zimbabwe and in particular, its first HIV impact assessment,” Scott said.
Meanwhile, Zimbabwe is the first African country to implement such a detailed population-based HIV impact assessment survey, and its implemeantation in Zimbabwe will set a global example on how such surveys are going to be implemented in other countries.
Masvingo,among other provinces will have 53 enumeration areas assesed using ZIMSTAT standards.
Fifteen to twenty countries, primarily in sub-Saharan Africa will also roll out surveys of this nature in the near future.health
Share
Facebook
Twitter
Pinterest
WhatsApp
Previous articleMasvingo ZANU PF district elections put on hold
Next articleYouth fund abused, Zhuwawo told