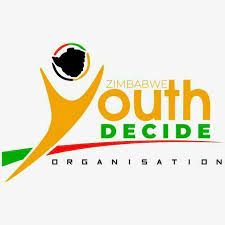 Various youth organizations have raised concern over the recent political violence cases that allegedly took place in Masvingo saying the violence violates the country’s constitution that allows the existence of multi-party political systems.
Youth Decide Zimbabwe director, Learnmore Munhangu described the events that happened in Masvingo as a primitive model of politics which is uncalled for.
“We denounce and condemn the unjust and primitive model of politics characterized by perpetuated and sponsored violence which happened in Masvingo. As young people, we are so worried because it seems as if the dark cloud of the past is still above us.
“As we fast approach the much-awaited 2023 general elections, we plead with government, all state agencies and political players to be tolerant and respect the constitution. We are a multi-party state. Elections must not divide us, but rather make us better and stronger as a nation,” said Munhangu.
He also urged youths to stay away from the barbaric type of politics that were founded by old ‘blood-thirsty’ political leaders.
“It is high time for us as young people to courageously reject and refrain from the old system characterized by politics of violence, politics of hate, politics of blaming each other and sloganeering and strategically locate ourselves as agents of national development and transformation.
“Our message to colleagues who are being used as instruments of violence is very clear. Do not allow the inventors of violence to make you useless. Attacking your fellow poor citizens for a loaf of bread is a clear sign showing lack of good sense and wisdom,” added Munhangu.
Social Democrats Association (SODA) executive director Tauya Chiname said all political parties in Zimbabwe should be accorded freedom to execute their political activities without fear of victimization.
“As social democrats, we do acknowledge that our country is a multi-party democracy, therefore all political parties should be allowed to execute their activities without being attacked. It is so sad that a ruling party is implicated in acts of violence. The so-called new dispensation has lost the trust of the general populace due to their nature of indicating right then turn left.
“We exhort the police service to investigate the violent acts that happened in Masvingo and bring the perpetrators to book. Zimbabwe belongs to us all and the police service is a construction of taxpayers’ money,” said Chiname.
David Mutambirwa a political analyst said Zimbabwe has a plethora of unresolved conflicts emanating from as far back as the Gukurahundi era and undisputed elections of previous years.
“The political intolerance which happened at Charumbira area in Masvingo is just a reflection of the deeply rooted symptoms of a vicious iceberg. Until a sustainable solution is found, we will continue to have an intolerance, political violence and structural violence in society. Rule of law should also be observed if we are to attain a peaceful and sustainable society where all citizens have respect for each other’s political views,” said Mutambirwa.
Movement for Democratic Change Alliance (MDC A) Manicaland provincial spokesperson David Panganai said all the time and energy wasted in violence should be diverted towards something that can develop the country.
“We strongly condemn the barbaric attack on our MDC-A leader. Maturity, tolerance and soberness are cardinal virtues for civilized countries and Zimbabwe must never be an exception. We certainly can never develop in a brutal, anarchic, thuggery and violence against unarmed civilians by the state.
“All the energy wasted in violence and thuggery must be channeled towards sustainable development and improvement of the livelihoods of Zimbabweans to fulfill our liberation legacy. As MDC-A, we continue to say violence has no space in our modern world,” said Panganai.
ZANU PF Masvingo Youth Political Commissar Sengerayi Manyanga said what happened in Charumbira area has nothing to do with ZANU PF and its youths.
“ZANU PF had no hand in what happened in Sipambi area. People in that area were only demonstrating against sanctions that were asked for by Nelson Chamisa and team. Everyone hates sanctions, citizens are wallowing in poverty in rural areas,” said Manyanga.