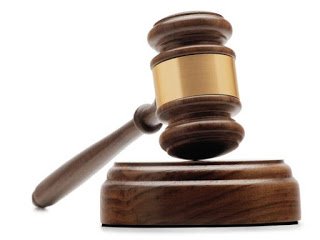 – Ten Zanu PF supporters appeared before Chivhu Regional Magistrate Fadzai Mtombeni facing allegations of kidnap after they allegedly forced two Beatrice men into a truck to attend a Zanu PF meeting without their consent.
Lincoln Matare, Harrison Hare, Predict Marimbi, Jonathan Matsangura, Norest Marimbi, Chrispen Mukaro, Tapfuma Chogugudza, Levison Bwanyashuro, Carlos Zvomuya and Marvellous Tsitsi Tafireyi who are all between the ages of 23 and 59 and residing in Beatrice, pleaded not guilty to charges of unlawfully dragging Japhet Moyo and Dennias Mukarakate to a Zanu PF Youth meeting in Gilstone, Beatrice.
The State, led by Nicholas Mabvongodze, claimed that on July 12, 2016 at around 11:00 hrs, the 52-year-old Moyo who was on his way to plot 14, Gilstone, Beatrice, was approached by an unidentified young man who ordered him to attend the meeting but he refused.
The young man later returned in the company of the accused persons in a white double cab pickup truck onto which they dragged Moyo before taking him to the meeting.
The same happened to 53-year-old Mukarate but both of them were released around 14:00 hrs and they quickly made their way to Gilstone Police Camp where they made a report, leading to the arrest of the accused persons.
The trial was due to continue in the Chivhu Magistrates Court by the time of writing.local
Share
Facebook
Twitter
Pinterest
WhatsApp
Previous articleGZU, YA FM sign MoU
Next articleWoman catches husband cheating, throws bucketful of urine at him