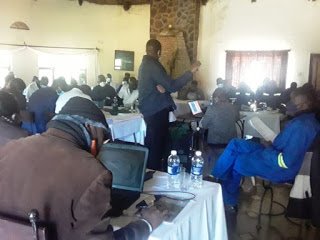 The Zimbabwe Christian Alliance (ZCA) has been praised for forging successful engagements between local authorities and residents through the use of church ministers to enhance service delivery.

Speaking at a Social Accountability exchange programme held by ZCA at Mutapa Kingdom Recreational Park formerly known as Hippo Creek recently, several community leaders from across the country gave testimonies about how engaging with residents on service delivery issues has been made easier through the use of church ministers.

Giving his testimony, Chegutu Mayor Henry Muchatibaya said through engagement with ZCA, his council saw how bad water and sewer woes in the mining town had become and they had to use devolution funds to buy new water and sewer pipes.

“Through our engagement with ZCA we saw how critical it was to solve the water and sewer crisis which was the main cause of cholera which erupted in 2008 leading to death of over 350 people.

“We used devolution funds, from which we managed to buy new water and sewer pipes. Right now there is no raw sewer flowing in the streets and residents are getting proportional water supplies,” said Muchatibaya.

“Engagement with ZCA helped to improve the acidic relationship which used to exist between council and residents whereby residents would present their issues with anger and emotions.

“We thank ZCA for sensitizing residents on the operation of the council which is a plus on our side,” said Shiri.

ZCA Executive Director Reverend Useni Sibanda said after realizing that communities were suffering from poor service delivery and there was no proper ways of engagement, they had to train citizens on proper ways of engaging with council officials through the church.

“Our position as the church is not to criticize council but to work together ensuring that there is proper service delivery,” said Useni.

ZCA was formed in 2005 as an advocacy Christian organization focused on addressing social, political, economic and humanitarian issues affecting the poor and vulnerable communities.