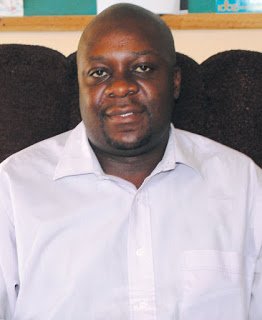 City of Masvingo has blamed the poor state of roads in the city on the Zimbabwe National Roads Administration (ZINARA), whom they allege are not honouring their duty to disburse funds for road maintenance.
Council last year made a survey on the state of roads and the findings suggest that there is a grand total of over $25 million needed for the rehabilitation of the city’s roads.
City Engineer Tawanda Gozo told TellZim News that council has three accounts, ZINARA, council rates and roads levy, from which they get money to rehabilitate roads in the city but there is not much coming from these accounts.
“ZINARA has let us down by failing to disburse adequate funds for us to upgrade and maintain our roads. You find that all our roads are full of potholes and we are trying to remove the rugged strips of tar left in some of them so that we remain with dust roads.
“Many residents are however, complaining of dust. The rains received in the last few weeks left the roads in worse shape but council has no money to attend to all the roads,” said Engineer Gozo.
He said the little money they are getting from the roads levy is being channelled towards rehabilitating the main roads, with some being resurfaced and others being patched.
“ZINARA has completely failed us. Since 2012 we have been receiving very meagre disbursements and we could not do much with that. In 2012 we received $51 000 in the first half which we used in the rehabilitation of the industrial roads and $47 000 which we used to do touch ups on all the other roads.
“In 2013, we did not receive anything. In 2014 we received $28 000 in the first half and $50 000 in the second half which we used in road markings and drainage system in the city,” Gozo added.
Until 2014, ZINARA did not have a stipulated amount of money that they were supposed to disburse to local authorities.
“Over the years ZINARA just determined the amount which they wanted to give to us without telling us the criteria used in the allocation. It was only in 2015 when they decided to come up with proper allocations of $345 000 but again, only 50% of the money was released in two tranches.
“This year we received only $51 000 and nothing has been said over the remaining balance from last year and we are trying to engage them so that we get the disbursement,” said Gozo.news