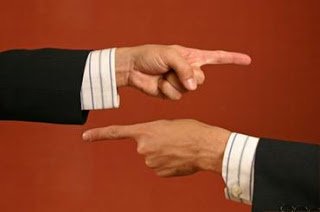 Itai Muzondo
Bad blood between Zaka District Administrator (DA), Tapson Chivanga and Zaka Rural District Council (ZRDC) Chief Executive Officer (CEO) David Majaure which played itself in a closed- door council meeting, threatens to derail service delivery efforts, TellZim News has learnt.
At the meeting, Chivanga complained that the CEO was undermining his authority and demanded remedial action, lest he disrupts the smooth running of council business.
Minutes of the meeting reveal that Chivanga is not pleased with Majaure whom he accuses of provoking him by sending negative reports to his superiors.
“The DA reported that he is under attack from the CEO further revealing that the C.E.O never recognises the DA as his supervisor. The DA highlighted that the CEO attacked him through the Provincial Administrator’s (P.A) office before he went on leave. It was reported that the CEO wrote a letter to the PA attacking the DA but he was acting as if he was defending council against the newspaper article which was written in the Herald in early December (2015),” reads part of the minutes.
“The DA also said if the CEO intended to defend the statement he should have consulted him (DA). He further made the house aware that he is under charge in the PSC office since the CEO wrote again some allegations that he cannot work with council properly,” the minutes read.
The minutes further reveal that Chivanga threatened to disrupt council business if they did not resolve the sour relations in time.
“The DA therefore requested the human resources committee to handle this issue and said if the issue is not handled properly, it would affect the smooth running of Council, he promised. He further went on to say the CEO resists advice from the DA which shows negligence and incompetence,” read the minutes.news