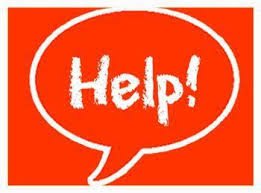 Kennedy Murwira
Gutu – A 12-year old disabled pupil at Gutu United Primary School is appealing for assistance in the form of a wheelchair to enable him to travel to the school which is about three kilometres from his home.
Brendon Kani’s mother Netsai says her son is unable to walk and cannot stand and there is a mismatch between his appearance and his age.
She says Brendon, who has been disowned by his father because of the disability, has been attending special classes at Gutu United ever since he joined the school at the age of six.
“I have been looking after Brendon alone since he was two years old because his father did not want to have anything to do with him.
Every month I pay motorists who take him to school in the morning and back home in the afternoon but they are now demanding that I pay at least $50 a month and I cannot afford it.
I appeal to well-wishers or organisations that can assist with a wheelchair. Last time I had to transfer him to Zimcare Ratidzo School where he received a wheelchair but he refused to continue going to the school saying that his mind is stable.
“My mother, Patricia Kani, is looking after him but she is finding it difficult to carry him around since his weight is going up with age.  Ministry of Education officials have recommended that I send him to St Giles Rehabilitation Centre in Harare but I cannot afford it,” Netsai said.
She says she had been promised assistance from the Department of Social Welfare but up to date nothing had materialised.news