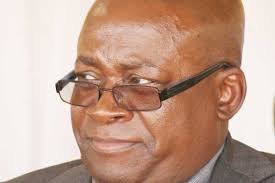 Cephas Shava
MWENEZI – Members of the MDC Alliance here a deeply divided over reports that principals are contemplating fielding Kudakwashe Bhasikiti to represent the coalition against Zanu PF in Mwenezi East.

Although no immediate comment could be obtained from Bhasikiti himself by the time of going to print, sources privy to the developments said the alliance structures were starkly divided into pro and anti-Bhasikiti camps.
“When people returned from the Bulawayo rally, there was a meeting that was supposed to be held at Bhasikiti’s Moria Farm. The meeting was said to be a message from the top leadership but it failed after the gathering noticed that it was all about deceiving members into endorsing Bhasikiti.
“The meeting was later postponed and its agenda changed. Its venue was also moved to Neshuro growth point. The meeting was then held on Sunday (April 15) where party programmes and preparations for President Chamisa’s expected visit to Mwenezi was deliberated,” said a source.
Other sources said some members who attended Sunday’s meeting had planned to disrupt the event if Bhasikiti’s candidature was to be put on the agenda but the pro-Bhasikiti group sensed the mood and skirted the subject.
They accused Bhasikiti’s supporters of receiving bribes, saying there was no way one could support a person ‘with such a tainted political record’.
In a leaked WhatsApp group chat seen by TellZim News, members engaged in a heated argument over the fielding of Bhasikiti, with one Muzenda chiding anti-Bhasikiti members who were protesting his nomadic politics.
In an interview, Zimbabwe People First (ZimPF) provincial vice chairperson, Tineyi Mapepa, who also wants to contest for the parliamentary seat under the alliance banner, said there had been no official communication regarding Bhisikiti’s candidature.
Other aspiring MPs from the MDC-T party who have forwarded their CVs for consideration include a Mandizvidza and Alfred Sithole Chihwakwa.
Mwenezi East is currently held by Joosbi Omar of Zanu PF.politics
Share
Facebook
Twitter
Pinterest
WhatsApp
Previous articleHVPSFA explores new horizons
Next articleBvaru Bvaru, Ngezi encounter excites despite drama