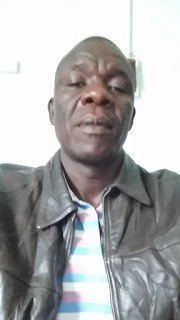 Centre
for Gender and Community Development in Zimbabwe (CDCGZ) recently distributed
1000 kilimo rape seedlings to Ebenezar Zvamahande Cooperative, a gardening
project in Ward 33 in Masvingo District after conducting training in bookkeeping
and documentation.

CDCGZ
projects manager Chidaushe Mudadi said that the donation was made on June 3 and
it benefited 51 women and 10 men, which he said was a success as sometimes
communities like these lacked support in their projects.

“Communities
lack start up support hence the distribution of these seedlings will go a long
way in the realisation of the farming cooperative’s plans,” said Mudadi.

Chairperson
for Ebenezer Zvamahande garden Eslina Madzvamuse said the garden project will
women who had to travel long distances to fetch water to irrigate their
vegetables, and they have also taken the opportunity to come up with a funeral
policy.

“As
the chairperson for Zvamahande garden, l am very happy with the project because
it helps 50 women who used to walk long distances to fetch water for irrigating
their plants.

“The
women were given an opportunity to gather and they managed to come up with a
funeral policy which is yet to be named,” said Madzvamuse.

CDCGZ
is supporting another garden project in Mbetu Village in Ward 11 Masvingo
District where women are growing vegetables they will sell at Chitima Fruit and
Vegetable Market.

The
organization has also donated sewing machines to women in the same area which
they are using to sew reusable sanitary pads for women and girls as well as masks.