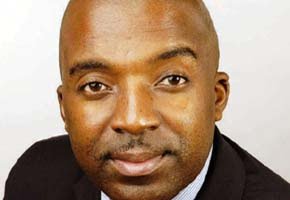 Gutu South is bearing the brunt of factional fights in the ruling ZANU PF with the area’s MP Dr Paul Chimedza effectively banned from organising public meetings in his constituency, thereby stalling projects he has initiated.
Dr Chimedza is one of the casualties of party purges against perceived members of the Mujuru faction, a factor that saw him losing his deputy ministerial post and being slapped with a five-year suspension.
Villagers who spoke to Tell Zimbabwe narrated how alleged party hooligans allegedly sent by some party bigwigs from Masvingo recently tried to disrupt a meeting addressed by the MP.
“They came and caused chaos, they made it clear they had been sent to disrupt the meeting because the MP is a Gamatox who is not allowed to address a public gathering,” said a man who asked that he be identified only as Madziva.
“We know that they don’t like our MP because he is the only one who has done something tangible for us since 1980. Now they want to disrupt all that he is doing for us,” said Madziva.

Since being elected MP in 2013, Dr Chimedza is credited with initiating developmental projects notably the electrification of all Ward 28, electrification of teachers’ houses at Munjanganja School in Ward 40 and building a block at Rupiri Secondary School.
A bigger project to build a state of the art, solar powered clinic in Ward 28 has reportedly hit a snag due to perceived sabotage by political rivals.
Dr Chimedza reluctantly confirmed that incessant political pressure was affecting his developmental plans.
“People are discouraged from attending my meetings and difficult conditions have been set for me to hold a public meeting and I have to apply with the provincial chairperson first.
The pressure is taking its toll on me and several projects are on halt. If it continues this way, I will be left with no choice but to give up on the projects and concentrate on my private medical business,” said Dr Chimedza.
Though it is widely believed that Dr Chimedza’s troubles stem from his perceived links to Mujuru, some people in Gutu South think his main mistake was to snatch the seat from the current Provincial Affairs Minister Shuvai Mahofa who is said to be still stung by that loss to Dr Chimedza.
Mahofa had held the seat since 1985 but lost to Eliphas Mukonoweshuro of MDC in 2008 after her candidature was allegedly imposed on the people who had preferred Dr Chimedza.
ZANU PF later reclaimed the seat in 2013 after Dr Chimedza won the right to represent the party in the harmonized elections held that year.
ZANU PF Masvingo provincial Chairperson, Paradzai Chakona said anybody suspended from the party must get permission to address people.
“He must first make arrangements with the leadership of the party. Whatever you want to do must first be sanctioned by the local leadership. With what authority would you simply want to engage the people if you are suspended?” said Chakona.
ZANU PF Bikita West MP Rtd Colonel Claudius Makova, who himself is also serving a suspension for alleged links to the Mujuru cabal, took a swipe at those setting rigid conditions.
“Such conditions are a clear indication that ZANU PF is in fear of the unknown. I really see no problem in leaving an individual engage in developmental work for the betterment of fellow Zimbabweans,” said Makova.politics
Share
Facebook
Twitter
Pinterest
WhatsApp
Previous articleResidents attack ZBC over content
Next articleCash out of rubbish: local recycling initiative bears fruit