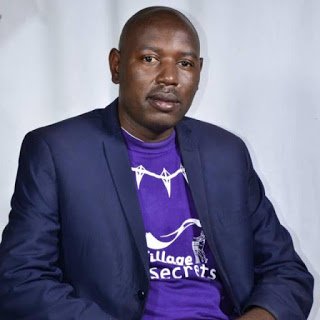 CHIVHU –
Film producer Leonard Chibamu has been appointed a film panelist in the
Nigerian film industry as Africa seeks to develop creative industry that
upholds the business philosophy.

Chibamu
told TellZim News that he was happy to be discovered as one of the rising film
industry experts who can meaningfully contribute and promote the new African
film industry agenda to create economic fortunes.

“I
am delighted to be identified as the country’s best rising film industry artist
and in this honor, I hope to represent my country with distinction on the
global arena. The opportunity is also going to move a long way in growing my
talent and unveil my innovation career which I have had for a long time,”
he said.

The
‘Village Secrets’ producer has a rich and diverse academic history, having
completed a bachelor’s degree in Banking and Finance and a Master’s degree in
finance at Great Zimbabwe University.

He
is currently pursuing doctoral studies with the Catholic University of
Zimbabwe, with research interests in film and creative related financing
matters.

He
is also studying towards the attainment of a chartered secretary title and is
on Part C of CIS (Chartered Institute of Secretaries and Administrators in
Zimbabwe).

Chibamu
is a passionate filmmaker and is also a media consultancy with LeoChi , a
company registered with the Zimbabwe Media Commission (ZMC).

Apart
from published films, he has written more than four film scripts namely ‘The
thicket between two Rivers’, ‘The map on the rock’, ‘I am a Model’, and ‘The
River Between and many others’.

“I
encourage upcoming film producers and artists to patient and avoid taking drugs
as they kills talent. To achieve the desired goals, one needs to work hard and
sacrifice his or her pride for a better future as the film industry pays, but
definitely not overnight,” he said.

Chibamu
earned his BCom Banking and Finance Degree in 2016, a Master’s degree in
Finance and is a doctoral student for DPhil majoring in Film Financing.

He
is active in community work and has done a lot of philanthropic works in his
Manyene home community in Chivhu.

The
film producer has also  done a lot of
community work in schools and communities with a major thrust in promoting
creativity.

He
has seen over the creation of Manyene Chivhu Creative Association, a creative
group specializing in performing arts.