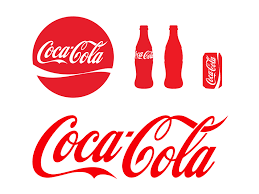 HARARE- Coca-Cola Women’s Linc Zimbabwe in partnership with Minerva Risk Management Services on October 13, 2021, handed over a consignment of goods worth over ZW$1 million to the Special Olympic Zimbabwe (SOZ) as they continue with their philanthropic work targeting marginalized groups.
Women’s Linc, a group of female Coca-Cola company employees delivered items worth ZW$1.2million and has been in recent years helping vulnerable members from various communities including sports personalities.
Patricia Murambinda who is Chapter president and Coca-Cola General Manager said they are dedicated at appreciating the talent of People with Disabilities (PWDs) and fostering unity in communities.
“For over 50 years, the Coca -Cola Company has led a true commitment to showcase the unlimited potential of individuals with intellectual disabilities and the power of sport to bring people together and transform lives,” said Murambinda.
She also said Women’s Linc had chosen to donate towards (SOZ) in an effort to help them undertake a project that will bring forward positive developments.
“This is a fulfilment of our burning desire as caring sisters, mothers and daughters to the community of intellectually disabled, the Special Olympic Zimbabwe needed a project that can bring forth other developments,” she added.
In his acceptance speech, SOZ Board Chair Clever Mugadza said they were humbled by Coca-Cola’s gesture to extend a helping hand to people with intellectual disabilities in sport.
“Thank you for becoming more aware of those in need. As a founding partner and global sponsor of Special Olympics, Coca-Cola has been at the forefront of the movement to celebrate the limitless potential of individuals with intellectual disabilities and the power of sport to bring people and ultimately, transform lives.
“This longstanding partnership is grounded in the shared values of optimism, acceptance and inclusion, which Special Olympics and Coca-Cola have brought to communities across the globe over the last five decades,” said Mugadza.
In August this year, Coca-Cola Woman’s Linc also handed over a poultry project to Mutemwa Leprosy Centre in Mutoko District, Mashonaland East Province.