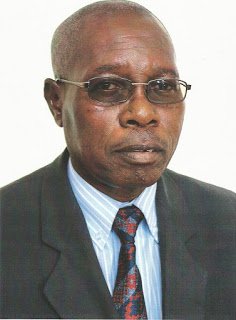 Masvingo – Sam Muzvanya, who is one of the Copa Coca-Cola tournament co-founders in Zimbabwe, has expressed satisfaction at the tournament’s achievements saying the initiative has so far been a resounding success.
Speaking to TellZim News in an exclusive interview, Muzvanya said the tournament has not only managed to achieve much of its goals but has also exceeded expectations.
“The tournament has reached great heights just as we had dreamed from the beginning. One development that makes us happy today is that the tournament has managed to penetrate rural areas. At the beginning, the tournament was dominated by urban schools but there is greater diversity now as witnessed during the just ended games in Gwanda.
“We are also satisfied that we have managed to come up with a workable programme. As the tournament grew, we faced challenges in coordinating events but now with the help of NASH, we have found a formula on how games should be coordinated. All these developments have also generally advanced the level of competition,” Muzvanya said.
Chivi district NASH Chairman, Austin Hakunavanhu was impressed by how the tournament has managed to break new grounds after Chidyamakono High School recently lifted the trophy for the fourth time in a row.
“I am happy with how the tournament has managed to expose new talent; the kind of talent which has broken records at national level. A good example is Chidyamakono High School which has scooped the trophy for the fourth consecutive time. The school has even made us proud as Chivi district. The Copa Coca-Cola tournament has managed to make history locally and regionally,” Hakunavanhu said.
“We have realised that the secret behind the historic exploits of Chidyamakono is nothing but effort, determination, commitment and hard work,” he added.