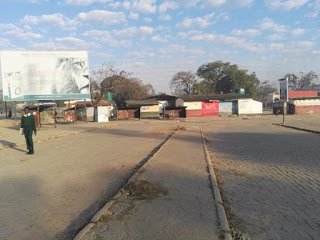 The resolution which was made in a full
council meeting held on Monday, May 31, came after council agreed that buses
loading from undesignated places were fuelling disorder and open defecation.

Masvingo Mayor, Cllr Collen Maboke moved
council to resolve to order all buses including ZUPCO buses to operate from
Mucheke Bus Terminus, since the makeshift termini around the CBD are becoming a
health time bomb.

“The makeshift terminus near Benjamin
Burombo building where travellers are using the bush behind that government
complex as ablution facilities is a health time bomb,” said Maboke.

Ward 1 Councillor, Selina Maridza also said
council was failing to enforce its by-laws and should order all buses operating
from undesignated points to move to Mucheke Bus Terminus.

Acting Town Clerk Edward Mukaratirwa told
TellZim that he had given Chamber Secretary, Vitalis Shonhai the directive to
communicate with operators today (June 1).

Shonhai said they are already engaging with
bus operators, that they notify their drivers to move to Mucheke Bus Terminus
and that they had involved the police to help them enforce the resolution..

“We are engaging with the bus operators to
inform them about the directive. We also have already engaged with ZRP who will
help us to make sure that the buses are no longer operating in the CBD.

“We will also inform the public about the
directive so that there will be order in the execution of the instruction,”
said Shonhai.

Bus drivers who spoke to TellZim News
however said that they were unaware of the directive since no official
communication had been relayed to them.

“We are still normally operating at our
usual points because we are not aware of the council directive and council
police has not informed us about the directive to move to Mucheke Terminus,”
said one of the drivers.

A traveller who was at the terminus
adjacent to Benjamin Burombo building however said the directive was not considerate
of travellers as Mucheke Bus Terminus is not a conducive place to wait for a
bus, with dirty toilets and also far for those who would be carrying luggage.

“The directive is not fair to us passengers
because the Mucheke terminus is no a conducive place to wait for buses as it is
dirty and the toilets have deteriorated and it will be a disadvantage for some
of us carrying luggage as it is a far place,” the traveller said.