Covid-19 a major drive for GBV-WAG 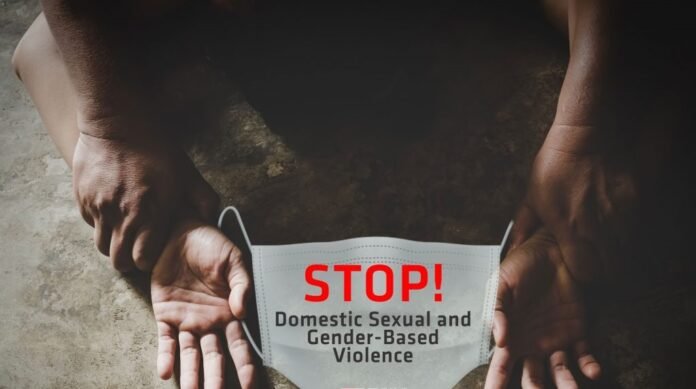 Covid-19 induced lockdowns have been a key driver of gander-based violence in the country according to a report released by Woman Action Group (WAG) recently.
The measurements employed by government to curb the spread of the pandemic nationwide including travel restrictions has been reportedly cited as one of the major causes of the recent surge in cases of gender-based violence in the domestic arena as a result of most men staying at home than workplaces.
“Reports of domestic violence, child marriages, violence by state officials and armed guards, online abuse and other forms of GBV have increased globally and regionally during the pandemic and Zimbabwe is no exception to this trend,” said the report.
WAG Zimbabwe also said emotional violence saw a sharp rise during lockdown, possibly due to heightened household tensions resulting from confined living conditions and increased financial stress.
“Transport challenges and movement regulations made it difficult for women and girls to report violence and access support as well as various necessary for survivors of violence. Economic hardships have highly pronounced with the Covid-19 pandemic leaving girls vulnerable to child marriages initiated by their families as a livelihood,” added the report.
The report further revealed that Innovators Against Gender Based Violence (IAG) have established a total number of 53 Peace Huts in Manicaland, 33 Mutasa, 19 Chipinge and six in Buhera.
Center for Gender and Community Development Projects Manager Chidaushe Mudadi said gender-based violence is a threat to most women and it has affected them especially during this time of the pandemic.
“CGCZ is calling for increased channels through which women must report GBV during lockdown. Movement restrictions have affected women than men whereby they are abused after curfew times and cannot visit the police station fearing arrest for walking after curfew time,” said Mudadi.
Musasa Project Advocacy and Communications Officer Rotina Musara said cases of domestic violence have increased since the introduction of lockdown with Masvingo recording more cases.
“As at September 18 Masvingo One Stop Center recorded 1 247, Bikita 149, Gutu 299, Nemamwa 155, Mwenezi 329,” said Musara.
In Masvingo province, it is estimated that the issue of domestic violence escalated to 200% since Covid-19 lockdowns started.
A Mucheke woman claiming to be a victim of domestic violence indicated that she experienced a hard time and it traumatized her.
“I am a victim of domestic violence and my husband beat me up in front of our children. All this started during first days of Covid-19 national lockdown. My husband beat me up because l could no longer go to my work place to sell fruits and vegetables,” said victim.
It is said that Covid-19 lockdown has exposed women and girls to violence when accessing social services.
Women and girls who face multiple forms of discrimination were already at higher risk of violence, which COVID-19 is likely to exacerbate.
Emerging evidence in Zimbabwe, or regionally, indicates that poor women, those in rural areas, women and girls with disabilities, adolescent girls, elderly women, women and girls with HIV, migrant women and women in quarantine facilities, and refugees are at heightened risk of violence.
United Nations revealed on April 1, 2021 that many countries in East and Southern Africa reported very high rates of gender-based violence (GBV) and the preliminary reports of some countries indicate that GBV has increased during the COVID-19 pandemic.
According to UN violence by an intimate partner was reported by more than 40% of women in Zimbabwe even before the pandemic.