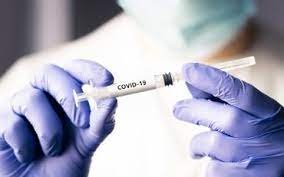 Official information on Covid-19 has been monotonously the duty of central government and Ministry of Health and Child Care (MoHCC) at the expense of other key stakeholders involved in information dissemination like the media.
Government went on to criminalize the release of what may be deemed fake and false information likely to cause alarm and despondency through statutory instruments.
While credit is given to safeguarding the spread of false information on the coverage of this pandemic, it is the bureaucratic nature in which government releases it for public consumption that has raised eyebrows from the fourth estate (media).
Such centralization of information is negatively impacting on the coverage thereby paralyzing media operations and thus reducing their information dissemination role to mere spectators.
Criminalizing coverage on the crisis would only do more harm than good to media personnel whose hands become tied up and block them from performing their watchdog role effectively.
With government setting the target herd immunity of around 60 percent of the national population before year end, the role of media could not be overlooked as it must be regarded a key component towards the realization of such a goal.
There are a number of factors that are at play concerning the vaccination programme varying from vaccine hesitancy, societal myths and misinformation among others, so considering the input of the press instead of setting legal barriers against them would be the best way to go.
Though the proliferation of bogus online media platforms has been a cause for concern, coming up with measures to curtail such anomalies would be proper other than putting both ethical and unethical journos in the same bracket in a stifled working environment.
Government therefore should avail information to established media outlets so that they report accurately, truthfully and timely without any inconveniences if the nation is to realize the dream of this herd immunity by December.
With accurate information readily accessible, speculative reporting would soon become a thing of the past and media personnel would strictly adhere to their professional ethics as a result.