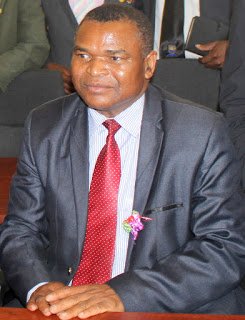 Major changes are in the offing at the Masvingo provincial education offices (housed at Wigley House) following the Public Service Commission’ recent approval the new education structures proposed by Dr Lazarus Dokora, the Minister of Primary and Secondary Education.

The development will see one of the current three deputy provincial education directors at Wigley House – Andrew Chikwange (Secondary Education) Tererai (Primary Education) and Diga Mandiudza (Early Childhood Development), being demoted and 12 provincial education inspectors being transferred to become district education inspectors.
Primary and Secondary Education Minister Dr Lazarus Dokora confirmed that there are going to be major changes but could not ascertain the exact dates when the new structures will be implemented saying that was the prerogative of the employer, which is the Ministry of Public Service.
“Yes, the Ministry of Public Service has approved some of the new structures we had proposed but we are not certain when this will be effected because that is the prerogative of the employer,” said Dokora.
TellZim News is in possession of the document from the Public Service Commission which communicates the new structures to the ministry of education.  The document instructs that only two deputy directors should remain in office at the provincial offices and this means that one of the three incumbent deputies will be demoted.
Masvingo Provincial education Director Zedias Chitiga confirmed receipt of the document detailing the new structures but said they were waiting for communication from the employer in regard to when the new structures would be implemented.
“The commission has approved that he Provincial Education Director be underpinned by 2 Deputy Provincial Education Directors responsible for Primary and Secondary and Non-Formal Education,” reads part of the document.
The Public Service Commission also approved that the designation of the District Education Officer (DEO) be changed to Schools Inspectors while provincial inspectors be district schools inspectors.
“. . .the designation of the District Education Officer be changed to District Schools Inspector and the post be upgraded to E4 from E5 subgrade which is Deputy Director level. The Education Officer designation be changed to Schools Inspector and the post be upgraded from E3 to E4 sub-grade which is Chief level post,” the document further states.
The new structures however, have been criticized by educationists saying it has many loopholes which compromise the quality of education delivery in the country.
“There is no logic in the new structures; imagine provincial inspectors who were subject based now being deployed to inspect all the schools in the district? That means the quality of education is compromised because these were specialising in their subject areas and now they are required to supervise not only secondary schools but primary schools as well. Also the fact that district education officers will earn the same salary as their supervisors (the deputy provincial education inspectors) leaves a lot to be desired. Can one listen to someone who earns the same salary with his or her at the end of the month?” questioned one of the educationists at the Wigley House.
Meanwhile, the commission has turned down Dokora’s proposal to have at least a nurse stationed at every school.
Share
Facebook
Twitter
Pinterest
WhatsApp
Previous articleHungwe urges Zanu PF to slow down
Next articleJaboon difies Hungwe