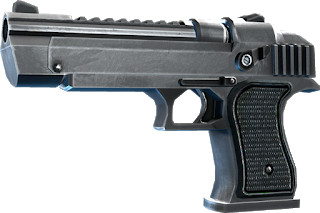 Upenyu Chaota
The Chivi Magistrate court has sentenced two robbers Tafadzwa Munetsi (27) and Stanford Chibanda (43) to eight years in prison each on two counts of robbery.
Munetsi, who is from Mbizo, Kwekwe, and Chibanda, from Ascot in Gweru, were driving a silver grey Toyota Corrolla along the Mhandamabwe-Chibi highway when they committed the crimes.
Magistrate Bishard Chineka sentenced both men to eight years behind bars and suspended one month on condition that they do not commit a similar offence in the next five years.
It is the State’s case that on April 25, 2016, Munetsi and Chibanda were travelling along the Mhandamabwe-Chibi highway at around 5:00 am when they offered the victim, Timothy Chimire, a ride from Mhanda bus stop.
After picking up Chimire, the car drove for about four kilometres heading towards Chivi turn off but stopped at Tsuro bus stop.
They switched off the headlights of the car, switched on the light in the car and grabbed the complainant by the neck.
They searched him, removed his clothes then pushed him out of the car and sped off.
The court heard that the duo continued with their robbery spree and proceeded to pick yet another victim, Morgan Matumba, at Chivi growth point.
After about three kilometres, the car stopped at Mazorodze bus stop and the robbers repeated what they had done to Chimire but this time they pointed a pistol at Matumba.
The court also heard that there was a third robber in the car, only identified as Joe who is still at large.
Matumba was robbed of US$450, R9000, his passport, a Samsung phone and all his clothes.
Reports were made to the police leading to the duo’s arrest in Zaka by the CID Mashava.
Hakufiwi Hakufiwi prosecuted.news

He who said it can not be done must not disturb the one doing it!
Share
Facebook
Twitter
Pinterest
WhatsApp
Previous articleIrrigation to increase in the Lowveld, says Made
Next articleWe won’t campaign for MPs this time: Ndaarombe