Editorial Comment: Mandatory vaccination good if options are given 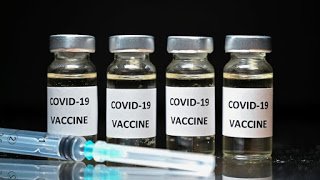 Government has indicated that it may soon resort to mandatory vaccination for citizens as part of the fight against the continued spread of the coronavirus pandemic. At the moment, vaccines are being given to those who want them within the categories of the frontline working staff as determined by the government. It is certain, however, that some front-liners are have serious reservations to the available vaccine which is produced by SinoPharm in China. This is a donated vaccine from a highly-secretive and unaccountable government whose intentions are treated with suspicion by much of the free world. China is best friends with mostly third world countries; often basket case countries ruled by corrupt and despotic governments that are not capable of providing much for their largely destitute citizens. Zimbabwe fits perfectly well into this category of basket case regimes that simply wait for donations even from those with nefarious intents as China is widely suspected. To therefore force citizens of Zimbabwe to be vaccinated or lose their rights and whatever other minuscule privileges they may have without offering them a range of vaccine choices is oppressive. There is no doubt that the SinoPharm is distrusted even by those in government and its various agencies. Our interactions with some state actors has shown that many of them are not opposed to vaccines in general, but are opposed to the donated Chinese vaccine which has reportedly not passed rigorous safety, efficacy and effectiveness trials. Those in the know also say that the Chinese government itself is not using SinoPharm on its citizens but is instead using another vaccine called SinoVac. There is therefore need for government to procure other vaccine types from Western countries so that citizens can have a choice. Zimbabwe has enormous resources that would make such a move affordable but only if national resources are put to good use. The decision to use a new vaccine developed hastily to combat a novel virus is a matter of great risk to one’s health such that extreme caution must be taken, and citizens need to be given a choice.