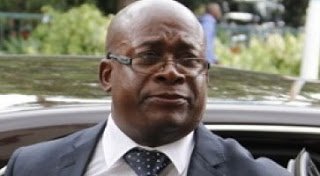 
MWENEZI- The son to former Minister of State for Masvingo Provincial Affairs Kudakwashe Bhasikiti, Jonathan, is said to be on the run from malicious damage to property charges levelled against him after he allegedly destroyed water pipes connecting his father’s farm neighbour.
Jonathan, who was a farm manager at his father’s Moria Farm and on trial while out of custody, went on the run soon after his defence lawyer’s bid for the discharge of his case was dismissed by Mwenezi Magistrate Honest Musiiwa.
The case against Jonathan was supposed to continue in December 2019 but has been derailed because the accused is believed to have eloped to neighbouring South Africa.
An arrest warrant has since been issued on him.
The case against Jonathan is that sometime in September 2019, he went to the boundary between his father’s farm and Evans Runesu’s plot where he allegedly used a pick to destroy a water pipe which carries water to Runesu’s plot.
He is said to have poured concrete inside the pipe thereby blocking water from getting to Runesu’s plot.
Runesu immediately filed a police report leading to Jonathan’s arrest. The overall value of damage caused by the accused amounted to $2 850.