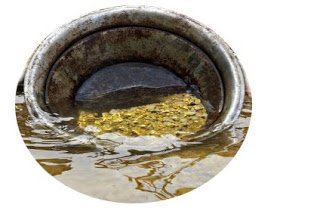 Upenyu Chaota
Concerned traditional leaders in Zaka have reportedly warned the Zaka Rural District Council (ZRDC) of a gold rush in the Bota area under Chief Bota, saying villagers in the area and surrounding communities were flocking to the area to dig for the precious stone.
ZRDC Chief Executive Officer, David Majaure could neither deny nor confirm the development, saying he was in Harare and was not fully aware of the situation on the ground.
“All I can tell you is that I have been informed about the developments and a team of department heads and the District Administrator (DA) have toured the area in question,” said Majaure.
DA, Tapson Chivanga, however, dismissed the developments as mere speculation.
“We have no official statement yet but we have heard that there was a man who was panning for gold in the Bota area without any success. We have to verify the matter first,” said Chivanga.
Chief Bota confirmed hearing rumours about gold in his area but said he was yet to receive an official statement from responsible authorities.
“I have heard rumours that people are panning for gold which has been discovered in my area but I am yet to receive an official statement on the matter,” said chief Bota.
Sources privy to the matter said council was fully aware of the discovery of gold in the area with security details having already been sent to secure the area from prospective illegal miners.
“The police and municipal cops have already been deployed to secure the area after an unknown group of youths from Masvingo had recently visited the area,” said the source.
Gold panning is illegal in Zimbabwe and has been blamed for environmental degradation in many parts of the country.news

He who said it can not be done must not disturb the one doing it!
Share
Facebook
Twitter
Pinterest
WhatsApp
Previous articleMasvingo Talent Show kicks off
Next articleHIV+ patients lament lack of viral load testing machines