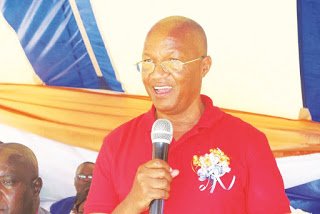 Courage
Dutiro
While Finance minister Mthuli Ncube brags about budget
surplus, the Masvingo City Council is trying in vain to recover a ballooning
debt owed to them by government and parastatals which now stands at $26 408 371
as at June 30, 2019.
The city council says it has tried to make engagements
to recover the money from the ministry of Finance but only a paltry $100 000
was paid.
The Zimbabwe National Army (ZNA), Zimbabwe Republic
Police (ZRP) and Zimbabwe Prisons and Correctional Services (ZPCS) are the
biggest debtors who do not pay for the services they get from the council.
City mayor Collen Maboke said the council is
struggling to deliver services to residents because of the ballooning debt owed
mainly by government and parastatals.
“Our hands are tied and there is no way we can push
harder to get the money. We have our Finance minister who talks of budget
surplus but they are not paying their debt. We wonder where that surplus is
being used.
“Sometimes residents think we are failing but these
are the real challenges we are facing. The Urban Councils Act does not allow us
to disconnect services from these parastatals so we are in a real fix. They
have only paid $100 000 out of the whole debt and it is really a major setback
for us,” said Maboke.
The city council is seethed with a number of
challenges and can no longer service their debt Local Authorities Pension Fund,
Zimra, Ministry of Industry and Commerce, Masvingo Municipal Medical Aid
Society and ZETDC.
Refuse collection has been inconsistent due to
frequent breaking down of vehicles. Council had gone to tender to purchase a
truck but the amount required by the winning bidder is now beyond reach due to
the escalating inflation
Share
Facebook
Twitter
Pinterest
WhatsApp
Previous articleMasvingo City Council gets $200 000 for boreholes
Next articlePolice officer rapes stepdaughter for four years