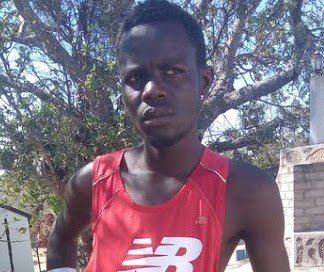 Sheunesu Chiwara, the
young man who was shot in the groin by the police on September 18, is now using
a catheter to pass urine as his urethra was severely damaged by the shot, TellZim
News has learnt.

The 21-year-old Chiwara
was shot while at his home by a ‘violent’ police officer who was part of a team
investigating an assault case which had allegedly happened the previous night
at a local business centre in Bhasera, Gutu East.

“He is now in Harare
where we hope for better medical care. It has been a difficult month for us but
we are hopeful. The doctors in Masvingo said he will have to use the catheter
for some and hopefully not forever,” said Mahachi.

Sheunesu
was shot point blank in the groin and his genital were injured after police
officer made follow-ups to an alleged case of assault which had happened the
previous day at Chomungai business centre.

After
Sheunesu was shot, police handcuffed him and Misheck and tried to march them to
Bhasera Police Station but later looked for a vehicle to take the injured
Sheunesu to Chimombe Hospital after he began losing a lot of blood.

Sheunesu
received initial treatment at Chimombe before being transferred to Gutu Mission
Hospital where he spent over 48 hours without being attended to by a doctor
because there was non available.

Sheunesu
and his brother Misheck maintain their innocence, arguing that that they did
not commit any assault on the day in question. They also claim the police
officers were unnecessarily aggressive when they visited the homestead to
question and arrest them.

Meanwhile,
police in Masvingo have refused to talk about the matter but an insider said
Constable Mudziro, who pulled the trigger, will not be charged as he invoked
duty privilege; claiming in an internal report that his team was under attack
from the victim.