Is govt ready to address MSM in prisons? 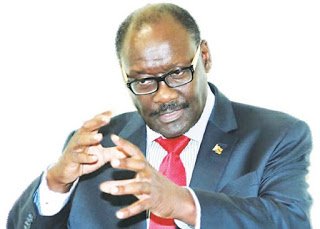 has made remarkable strides in the fight against Aids-related deaths, with HIV incidence rate dropping to 0.5 percent in 2017, while 86 percent of those infected are on anti-retroviral treatment.
The country is well positioned to achieve the 90-90-90 Agenda, which speaks to 90 percent reduction of new HIV infections, 90 percent reduction in stigma and discrimination and 90 percent reduction in Aids related deaths by 2030.
There however, seems to be wide variations across provinces, districts and most importantly in key populations, who include sex workers (both male and female), small scale miners, people with disabilities, prisoners, and men having sex with men (MSM), among others.
Men having sex with men, as acknowledged by UNAIDS, is one of the four main key population groups critical in ending Aids by 2030 and statistics show that the HIV prevalence rate in prisons countrywide is more than double the national prevalence rate, sitting at 28 percent compared to 13 percent nationally.
These statistics go to show that there is sexual activity going on behind prison walls and according to UNAIDS, prisoners and other incarcerated people are particularly vulnerable to HIV but lack adequate access to services.
In Zimbabwe, the issue of condom distribution in prisons has always been a bone of contention as well as the acknowledgement that men are having sex with men even outside prison walls, which adds to the national HIV risk.
Speaking at a National Aids Council (NAC) media workshop in Chinhoyi recently, Minister of Health and Child Care, Dr David Parirenyatwa, said that despite having achieved a lot in improving awareness on HIV, there is more to be done to achieve the 90-90-90 targets, which includes engaging the men having sex with men.
“Let us not be ashamed of identifying the key populations and hot spot districts where HIV is more prevalent. Children, young people, long distance truck drivers, prison services and men having sex with men,” he said.
“There are men having sex with men. We were previously adamant and resistant about men having sex with me but let us talk about it. We need to address that in order to achieve our 2030 target,” said Dr Parirenyatwa.
Dr Parirenyatwa said incidence, key populations, testing and treating, as well as treatment coverage is what is important in HIV response and stigma should be eliminated.
Speaking at the same occasion, Director of Aids and TB unit in the Ministry of Health and Child Care, Dr Owen Mugurungi said men are relatively difficult when it comes to testing and treatment of HIV.
“There is low uptake of testing among men and nearly half of men and young people (15-24years) living with HIV do not know their status,” said Dr Mugurungi.
These are the same men who might also find themselves in prison, as anyone can end up being incarcerated.
Zimbabwe Prisons and Correctional Service (ZPCS) health services director, Dr Evidence Gaka, however said challenges in prison health care such as nutrition, lack of testing equipment and human resources capacity makes it difficult for effective HIV response and the documentation of men having sex with men behind bars.
“We do not have documentation to suggest that men are having sex with men in prison and issues to do with sexual assault and rape in prison are an administrative issue than a health issue. We cannot say whether or not it is happening,” said Dr Gaka.
NAC Key Populations Coordinator, Jeremiah Manyika said men having sex with men (MSM) have no available data on size estimation and data on HIV prevalence is scanty.
“Prison inmates’ data is limited although a research done by ZPCS with support from NAC and UNODC has shown that HIV prevalence is around 28% among inmates which is about twice that of the general population,” Manyika said.
NAC in partnership with ZPCS will soon embark on a survey of Zimbabwe prisons which will likely determine the stage at which an inmate gets infected during incarceration and that will be remarkable in the fight against Aids related deaths in Zimbabwe by 2030, but that will depend on the government’s willingness to leave no one behind in HIV response.local
Share
Facebook
Twitter
Pinterest
WhatsApp
Previous articleCash in on macadamia nuts- Chipinge farmers urged
Next articleN.A.C to host Music Gala at Mucheke