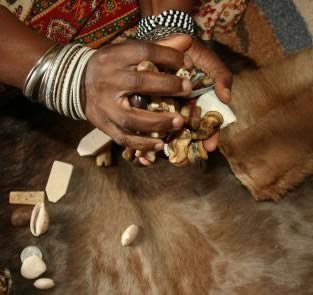 Brighton Chiseva
A Zaka woman recently got relieved after recovering her stolen property barely two weeks after consulting a n’anga from Musiso who assured her that her belongings will definitely come back.
Irene Pikiti from Jerera was surprised when she was called to the police base in Jerera where she was told that Shelter Madzana, who is wife to Prosper Mutero, the suspected thief, had surrendered the goods.
“I was asked to go to the police base where I was told that my goods had been found and that the wife to the culprit had brought them,” said Pikiti.
Irene said she had come back home one day to find her belongings which included blankets, a DVD player, and a battery were missing but the door was locked as he had left it.
After reporting the matter to the police, Irene went on to consult a n’anga called Matenda who gave her a piece of wood and some oil to burn.
“I burned the piece of wood and the oil for five days as instructed before I recovered all the goods except the battery which had been sold. I believe the muti led to that the wonderful recovery. The woman who brought back the goods is wife to a well-known thief,” said Pikiti.
When approached for a comment, the 19 year old Madzana said she was tired of her husband’ mischief and she had quarrelled with him over the stolen goods.
“My husband is a thief and I am tired of him, I asked her where he had found the goods but did not want to tell me so I decided to surrender them to the police before he ran away from home.
Other people said they suspected Mutero was behind a spate of other thefts in the neighbourhood.
They alleged Mutero has a bunch of keys which he uses to unlock and lock any door that he wants.news