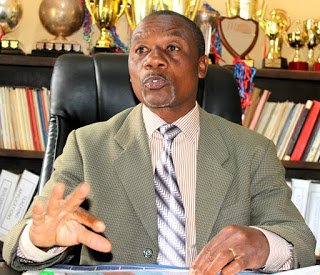 
BIKITA – Stray lions, rhinos and elephants are reportedly causing apprehension in wards 24 and 25 un-der Chief Budzi, with some nine cattle have been killed this month while dozens of acres of crops have been destroyed.
Bikita East Member of Parliament (MP) Johnson Madhuku (pictured) said he was very worried that responsible authorities were failing to address the problem which has long been reported.
“People are so disappointed because cattle is the mainstay of people’s livelihoods in this arid region. Zimparks is not helping matters at all. We phoned the principal director recently and he sent a team with a vehicle and did some rounds in Ward 25 but returned after a few hours saying the car was needed somewhere,” said Madhuku.
He said people in the area, who are already in dire need of food aid, were seeing the little they had cultivated getting destroyed by the wild animals.
Madhuku said Zimparks should show some seriousness with their work by coming to track the animals so that people and their possessions could be safe again.
“These lions are now staying and breeding in the resettlement areas and are a menace and the only lasting solution is to erect an electric fence. People are fed up with these animals because they are not deriving any benefit from them. There is no beneficial Campfire programme to help people appreciate the importance of wildlife,” said Madhuku.
He said the human/wildlife conflict has been going on for a long time, with an estimated 122 cattle hav-ing been killed in 2018 alone.