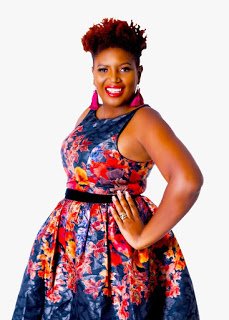 Lorac Healthcare international was founded by a Zimbabwean-born entrepreneur Carole Nyakudya, who specializes in mental health and social care recruitment agency for the UK job market.

In her launch address Nyakudya said the opening of a branch in Zimbabwe opened the window for commencement of applications by interested and qualified personnel.

“The setting up of a Zimbabwean branch opened a window for recruitment and all the application  processes are being done online since we are in a Covid-19 pandemic situation,” said Nyakudya.

The opening of a Zimbabwean branch was part of the company’s expansion drive occasioned by the recent granting of the sponsor license by the UK government to the young and thriving business.

Nyakudya said the launch of Zimbabwean branch granted Lorac International the leeway to recruit skilled health care staff outside its headquarters and anywhere else in the world.

Her legal and financial team took the opportunity to explain the application process and how successful candidates will secure necessary travel, immigration documents and preliminary training before assuming their new roles.

Nyakudya who is also a gospel musician chronicled how the Lorac HealthCare brand was established in 2013 to render mental health and learning disability service, mainly targeting minors and the youth.

She also took the opportunity to share her life story and how she grew up from a humble background in the Wedza area near Chitungwiza before relocating to the UK in 1997 after completing her advanced level education.

Nyakudya said she has a vision to develop Africa through Lorac International so she transformed it into a group of five companies which include Lorac Holdings in Johannesburg, South Africa and Lorac Holdings which is into charity work as well as Lorac Media.

She believes that she was born to make an impact and create possibilities for other people especially employment creation in Africa and meeting the needs of UK in terms of job supply and demand.

“I believe I was born to make an impact and create possibilities for other people. My vision is to make a positive impact in Africa through employment creation and supplying UK with workers,” said Nyakudya.

Lorac International organization has other branches in South Africa, Uganda and Ghana.