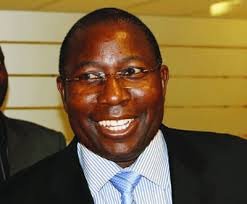 …as provincial chair is forced to resign

By Itai Muzondo
Masvingo – The Renewal Democrats of Zimbabwe (RDZ) leader Elton Mangoma is in trouble as he tries to unite warring factions within his political outfit amid revelations that youths in Masvingo province are calling for the ouster of the party’s provincial chairperson Mathew Eston Mutero.
The fight which has since found its way into social media networks has reportedly forced Mangoma to embark on an emergency journey to Masvingo  on Sunday where he is expected to address the problem.
But Mutero has since posted on the party’s WhatsApp group named Masvingo RDZ Youth Group that he is stepping down.
“All protocols observed. I write to inform all that after considering posts sent on this group by some unruly youths do hereby resign from the post as I am against whatever form of violence, physical or verbal. With immediate effect I shall not accept reference to my person as the chair of RDZ Masvingo Province. I wish and hope to see the party growing at that supersonic speed as wanted by those youth,” read Mutero’s resignation chat.

Elton Mangoma
In interviews conducted by Tell Zimbabwe, RDZ youths from across the province said they called Mangoma to come and officially dismiss Mutero who is accused of being aligned to Biti’s People’s Democratic Party (PDP).
“It is us who ordered the president (Mangoma) to come and deal with this rot once and for all. We want Mutero out,” said Darlington Tata.
Mutero’s phone was not reachable while Mangoma refused to comment as he just said not now before hanging up.
“Not now,” said Mangoma.politics
Share
Facebook
Twitter
Pinterest
WhatsApp
Previous articleChiefs vow to fight HIV/AIDS in communities
Next articlePeople First releases jingles